I've just installed eosfactory and a fresh copy of EOS on my WSL ubuntu 18.04 and I'm failing all of the initial unit tests indicating there might be a problem with my install.

The tests fail at the assertion assert (not testnet.error)

It looks to me like the nodeos instance isn't running properly. Running the test script opens a bash terminal thing which looks like it's running nodeos, and it gets only to the following line before hanging:

Any ideas on how I can fix this awesome testing tool?

EDIT: After trying to start running the first tutorial for eosfactory it seems as if nodeos is actually running correctly (just in the background) but I run into a permissions error when I run sess.init(): 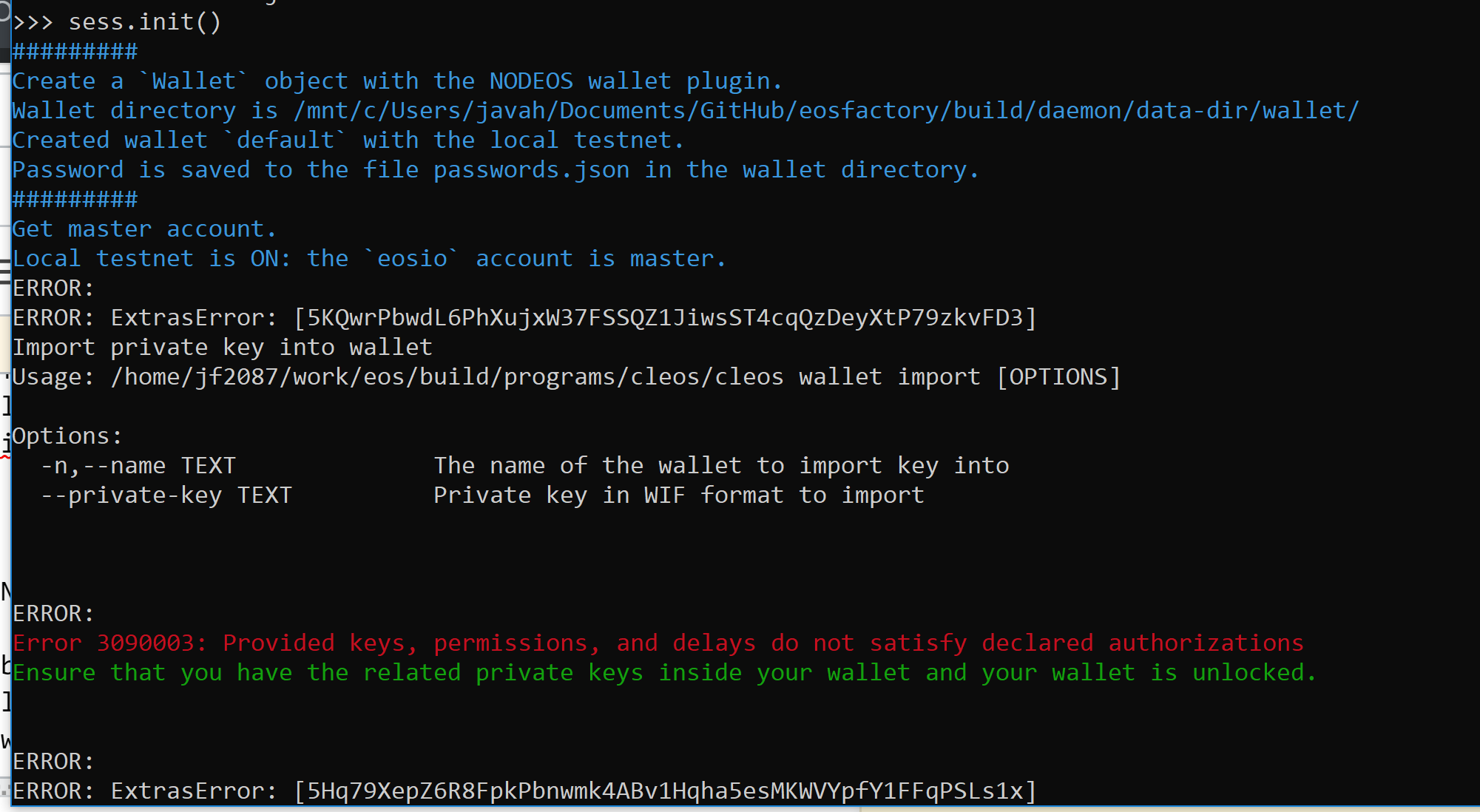 This looks like a consequence of the incompatibility between EOSIO v.1.1.x and EOSFactory v1.1. EOSFactory v1.1 is compatible only with EOSIO v1.0.8 and v1.0.9, not higher (the assumptions made in the release notes turned out to be over-optimistic).

Not the answer you're looking for? Browse other questions tagged nodeos testnet unit-tests or ask your own question.

8
Nodeos failing to launch?
1
Can't upload contract to my own testnet
4
Table producers is not specified in the ABI {"table":"producers"}
2
How to connect to public testnet without nodeeos?
3
Deploying contract to jungle testnet wallet error
0
How to avoid CORS error on testnet?
0
Is it impossible to fund EOS Testnet ADDRESS + MEMO?
0
Testnet status for web portal