People normally use eosiocpp to generate the abi and wast files

Actually the abi generated by eosiocpp executable is show like this 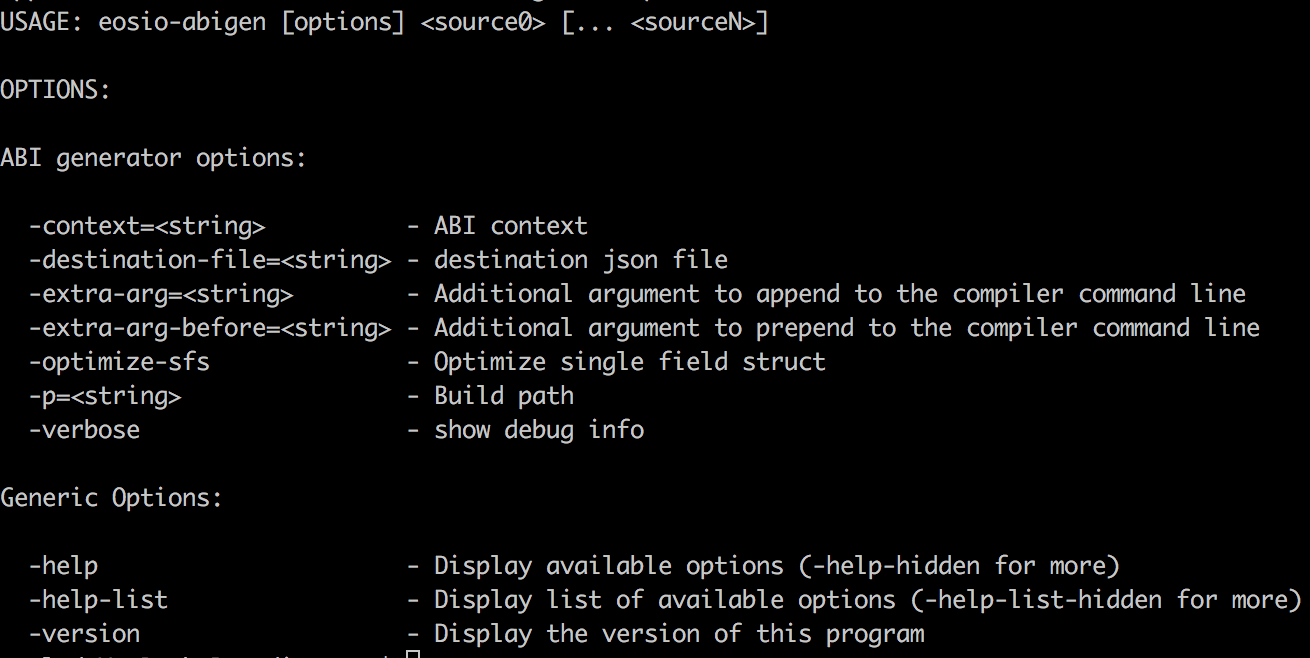 Update: v1.2.0 confirms that eosiocpp has been deprecated:

eosiocpp this multi-tool has been deprecated in this release and will be removed in v1.3.0. It has been supplanted by on-going effort in the eosio.wasmsdk repository

Also documentation on writing an ABI.

As of v1.2.0, the eosio.wasmsdk was decoupled from the core repository. This change has introduced an eosiocpp regression where the legacy eosio-abigen is no longer bundled with eosio-cpp. Until a new ABI generator is introduced, you will need to hand-write your ABI files.

Todd Fleming: A quick summary on toolset status: eosiocpp (no hyphen) is deprecated and no longer installed by default. It was a script. eosio-cpp replaces it; it’s an executable, not a script, and is part of wasmsdk. eosiocpp automatically invoked the old abi generator, which is also deprecated. There are too many cases the old generator couldn’t handle. The new abi generator is under development; it’s not ready. For now, we recommend writing ABIs by hand.

Todd Fleming: It generated a file with an .abi extension. You now have to write that file yourself. It has a simple syntax, but no documentation yet. Documentation is currently being written. Look through the new contracts repo for .abi files to see examples.

So, to answer your question, neither tools are recommended to use anymore.

Not the answer you're looking for? Browse other questions tagged smart-contract or ask your own question.

2
How do I find and edit Hello.cpp?