I am curious if TOP 1 Block Producer:

I am curious if TOP 1 Block Producer:

Nope, they are entitled to generate the same number of blocks, even if it's possible they may miss some due to technical issues.

There are 21 active block producers and any number of standby producers. The top 21 divide up the 0.25% per-block rewards proportional to the number of blocks each one producers. All block producer candidates (including the top 21) also divide up the .75% per-vote rewards budget proportional to the total number of votes they receive. They can claim their share of the per-vote rewards at most once-per-day. In order to claim their share they must qualify for at least 100 tokens/day. Producers candidates who do not qualify for at least 100 tokens/day on a per-vote basis will receive nothing. 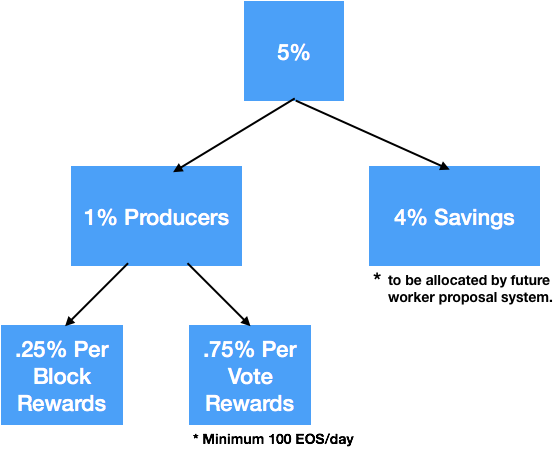 Not the answer you're looking for? Browse other questions tagged block-producer or ask your own question.