What is keos in regards to cleos and nodeos?

I know that cleos is for communicating with nodeos which communicates with the EOS blockchain as a whole.

But what is keos in relation to those 2? Also is keos also packaged with nodeos and cleos?

keosd is the tool that manages the wallet: it stores and encrypts key pairs that cleos uses to sign transactions before sending them to nodeos.

The image below describes the workflow: user wants to make a transaction, they run a cleos command to communicate what transaction they wish to perform; cleos packs a properly formatted transaction according to the instructions; it fetches from keosd the relevant keys that are required to sign the transaction (e.g. based on -p flag); then it dispatches the signed transaction to nodeos.

nodeos doesn't interact with keosd: nodeos just expects properly signed transactions that it can verify with the public keys that are already stored in RAM for the relevant authorities. 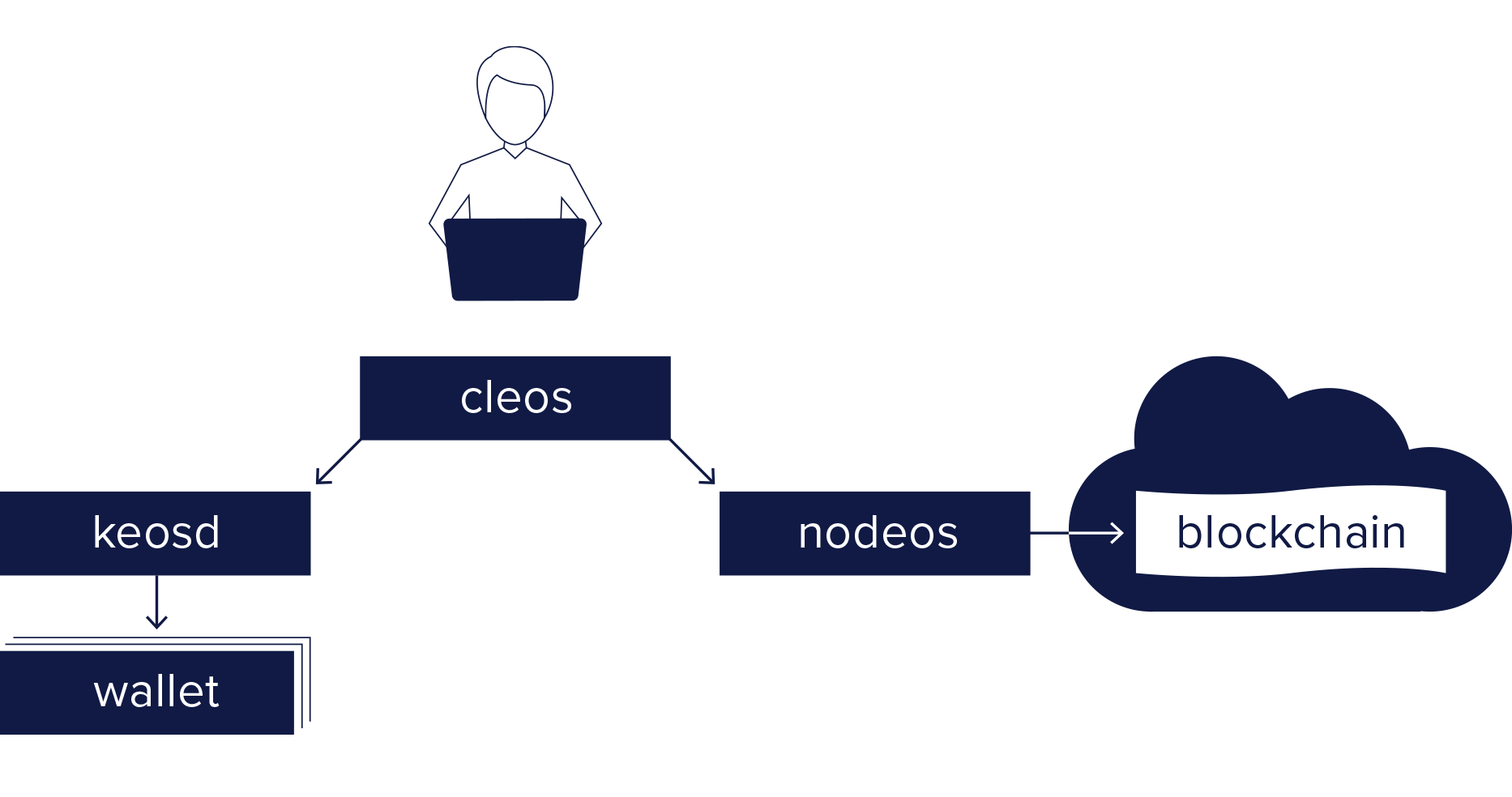 Also is keos also packaged with nodeos and cleos?

Yes, but it is planned that in future versions those tools can be downloaded as independent binaries.

Not the answer you're looking for? Browse other questions tagged cleos nodeos keosd or ask your own question.

0
Cleos Create Account Problem
0
Error message when running nodeos
2
Where is the nodeos handling push_transactions from cleos?
1
I read that you can use the cleos command without having nodeos synced. How does one do this?
0
How to access keosd API like create wallet, what are the input parameter
0
Permission Denied Error with Starting Nodeos