Can I use MongoDB for storing data locally instead of storing in RAM?

I found that storing data in EOS RAM is sometimes expensive in turn makes it impractical. Can I use MongoDB for storing such data locally instead of storing in RAM?

The Mongo_DB_plugin can be configured to listen to actions on chain from a locally hosted node. This can be resource intensive in processing large blocks, you don't have the option to listen through an API, and the options for storing data are limited to 5 options:

If you want to use MongoDB to store and handle logic that pertains to your smart contract, then I would recommend using the demux-js library. The advantages of using demux-js over the plugin is that demux-js allows you to pull the block data and extract only the information you want so you can store it the way you want as well as allowing you to store the data in any DB you like.

You accomplish this by listening to the chain (either through an API like me or by hosting a node locally).

This architecture essentially only uses the require_auth() C++ API to authorize the transaction by ensuring the person sending the action owns the private key. With that, you would also move your DB logic from the smart contract to your back end for a more traditional setup, removing the need to interact with the Multi Index container altogether.

So for example, in my simple chess application, I listen for a setmove action from the account that hosts my contract on chain and then pull the account_name and the status: win or loss from the actions so that I can update my database. 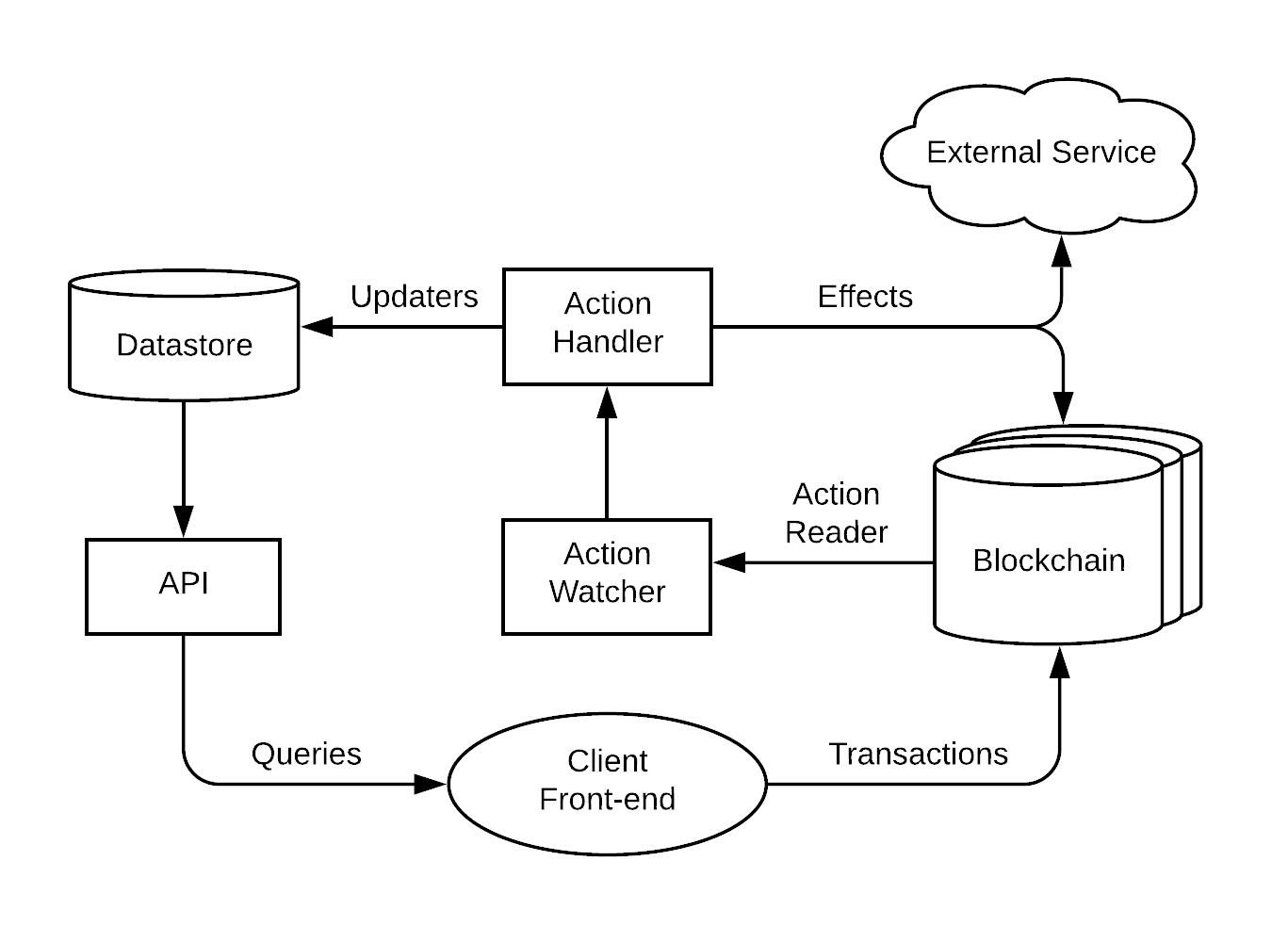 Not the answer you're looking for? Browse other questions tagged ram database data-storage or ask your own question.

2
How can I sell used RAM in EOS?
3
If possible we can know the historic price for EOS ram from block?
3
Why doesn't EOS use other database?
10
How can I see where I'm using my EOS RAM?
2
How does one see how much ram I have used? And how can I recover the used ram?
1
Can we use mongodb store state?
1
EOS RAM requirement for hosting a full node?
0
EOS Blockchain How to free up RAM or optimize Smartcontract
0
How user data stored on the eos blockchain is compliant with regulations?