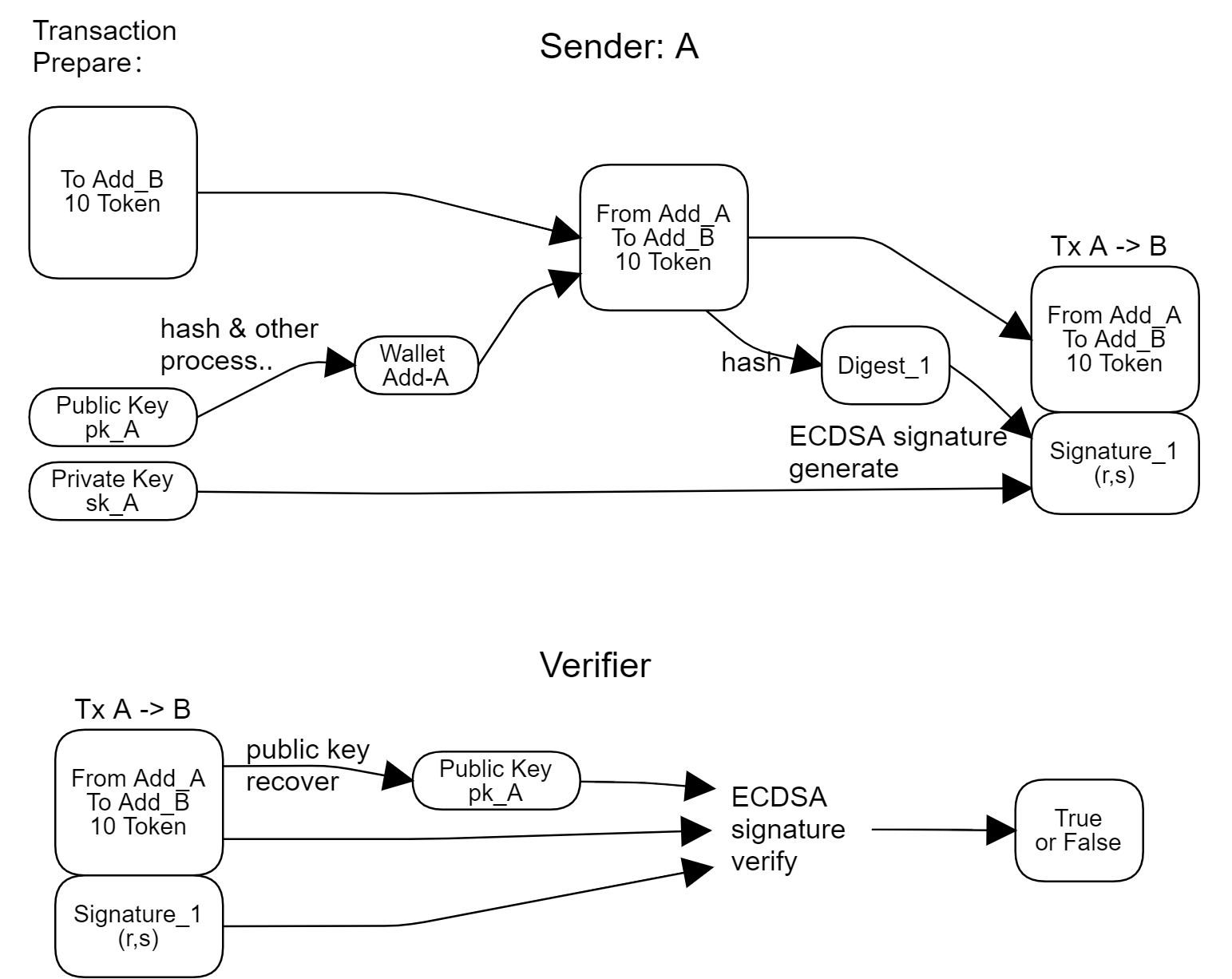 My 1st question is, for EOS a signature verify looks not likely align to a standard ECDSA signature verify--does EOS adopt some simplified signature verification algorithm (due to 0.5s Block producing timing, this have to be done as quick as possible)? if it does, what kind modification was put?

My 2nd question: I know BTC/ETH may adopt quite different method as they are PoW so each miner must do signature verification for each Tx inside a block, but as they have much more time (several minutes) than in EOS, they would be using the standard ECDSA verification?

There are several ECDSA according to what elliptic curve algorithm uses. Bitcoin, Ethereum and EOSIO support secp256k1 using Koblitz curve, and their ways to sign a transaction or recover public key from signature are fundamentally same.

When a transaction is pushed to node, node tries recovering public keys from signatures (multi-sig is supported in EOSIO by nature) and checking whether authorization specified in transaction is satisfied. Unlike Bitcoin or Ethereum, EOSIO public key doesn't mean address or wallet itself. Public key is registered to account.

The block time (interval) is determined by not only signature recovery, but various concerns. A short interval can increase the possibility of chain fork especially in PoW, but EOSIO adopts DPoS, so it can mitigates this side effect by predetermined schedule of producing blocks.

In Ethereum, address (account) is one-to-one match to public key. When public key is recovered from signature, the address derived from recovered key will be compared with from element in transaction. If they are equal, we can say that transaction is correctly signed by from.

However, EOS account is human-readable string (has no cryptographic relationship with public key), but its permission like owner or active has registered public key. EOS transaction contains authorization field like eosio@active, and when public key is recovered from signature, node will check whether recovered key is registered to given permission. (eg. eosio@active)

Not the answer you're looking for? Browse other questions tagged block-producer signing ecc or ask your own question.

3
Why does eos produce continuous blocks?
1
How to find out which BPCs are backup BPs and are paid?
3
How does BP upgrade new EOSIO version while producing?
4
How cpu, ram works for eos and are transactions free?
4
How does EOS recognise an infinite loop without startgas just as in Ethereum
1
How much does the top 21 producers make per a day?
1
How does EOS and dPOS stop a rogue node corrupting data?
0
Does EOS support signing a string?
0
What does the compact signature mean