Staking and Unstaking methods or commands? 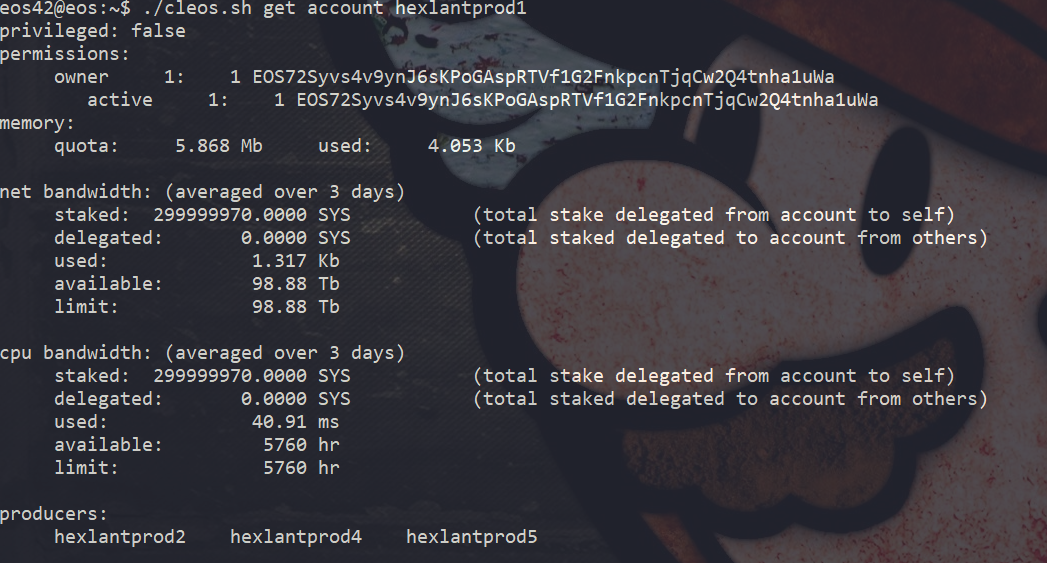 And its balance is...

I knew that I takes 3 days to unstake values..

So, My First question is that how can I unstake some amounts and put them my balance? (for example, change 1290.8545 SYS to 1300.8545 SYS) Could you provide some examples of command or actions?

And my Second question is that What is difference between Staked: and Delegated:?

Thank you for reading my silly questions! :)

Also, here is the cleos command and positional arguments for the system voteproducer proxy command.

As for unstaking, I've found the cleos command for that in the developer's documentation as well:

Not the answer you're looking for? Browse other questions tagged staking or ask your own question.

2
Staking on behalf of third party
4
Staking EOS for bandwidth
1
After launch, who has the voting and staking rights of EOS held in an exchange?
2
Initial staking window
5
Staking dapp user EOS tokens
3
Whats the difference between staking for CPU and staking for Net Bandwidth?
2
How to take back delegated CPU or NET amounts?
4
How cpu, ram works for eos and are transactions free?
0
Waiting for staking